My friend had bought this dresser but since it needed some repair and wood working, she sold it to me. I loved the lines and knobs and knew Mike could rebuild the drawers and build stronger runners and supports. 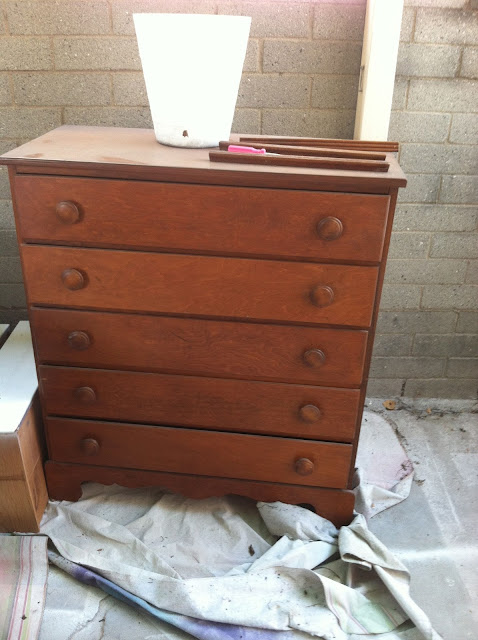 And here she is now! 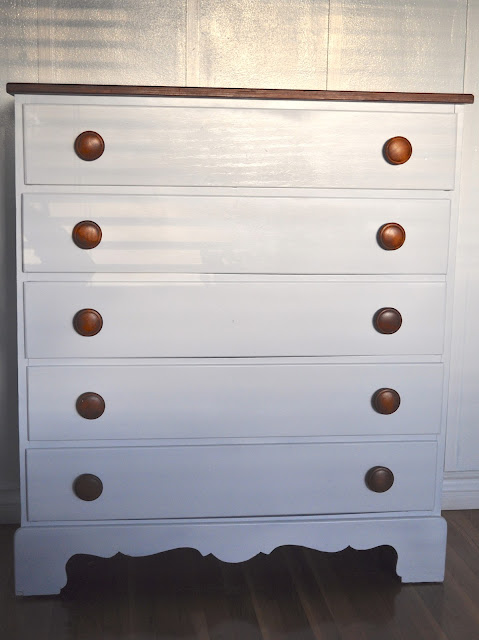 We left the top natural, as well as the knobs, and painted the rest white. 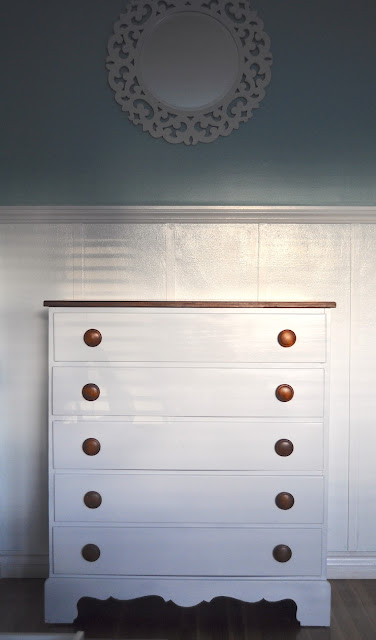 Sorry for the crummy pictures.  It was bad lighting but Grayson was sleeping so I didn't have to worry about an "assistant" adding his own input.  :)

I love how it turned out and it will hopefully sell soon! 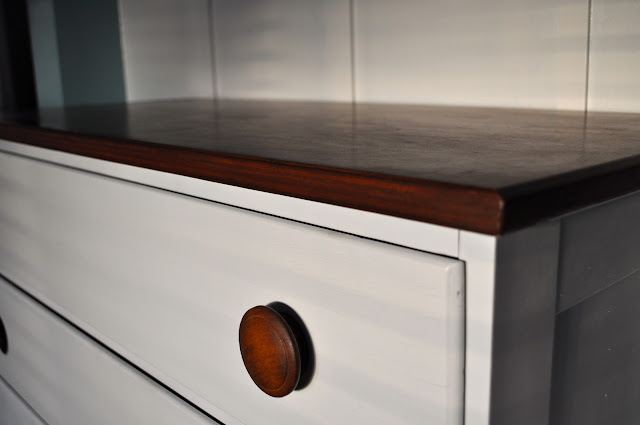 We picked this small dresser up quite a while ago and it has sat in our garage.

Originally, I wanted to do a two-tone effect with it, leaving part of the wood natural.  But, I decided to tackle it by myself (meaning, I did it while Mike was at work) and I totally messed up.  Painted the wrong pieces and it ended up looking silly (according to me, haha).

Anyway, here was the before (NOT my house! This was the seller's house): 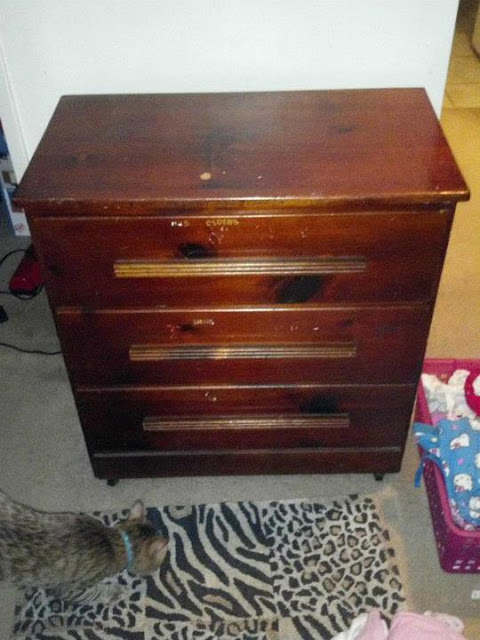 And the after, when my knight in shining armor saved the project: 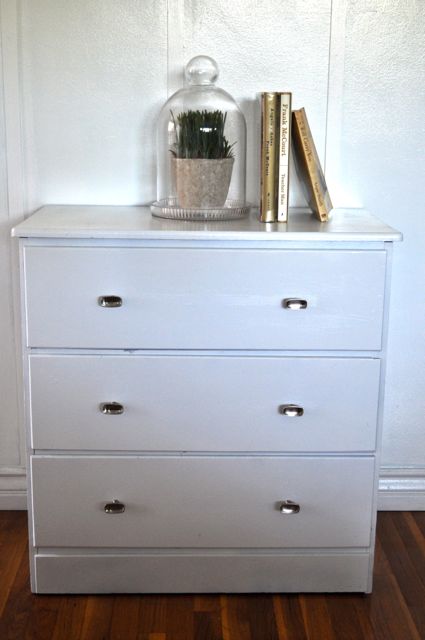 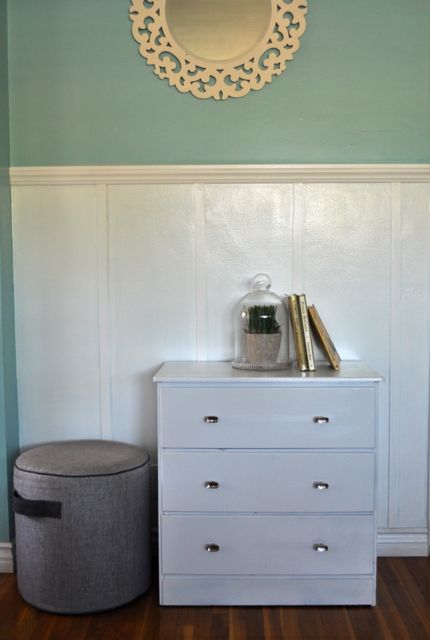 It's listed and will hopefully go to a good home soon!
$60
SOLD
Posted by Our Little Family at 6:00 AM No comments:

{Trash to Treasure: The Dresser}

This will probably be the most disappointing post ever, but I'm posting anyway.  Ha!

I didn't take a before shot of this dresser.  I know.  It takes 10 seconds to take a picture but I forgot and Mike tackled it before I remembered.

Anyway, this was a curbside dresser in need of serious love.  It was missing most of the drawer pulls and several of the drawers had to be rebuilt. 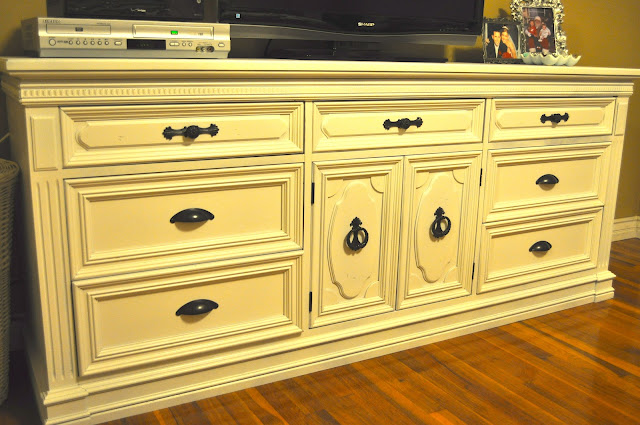 Not a prob for my handy hubby.

He used some cup pulls we had in our stash and sprayed everything ORB.  After filling the old holes and drilling new ones, they were good to go. 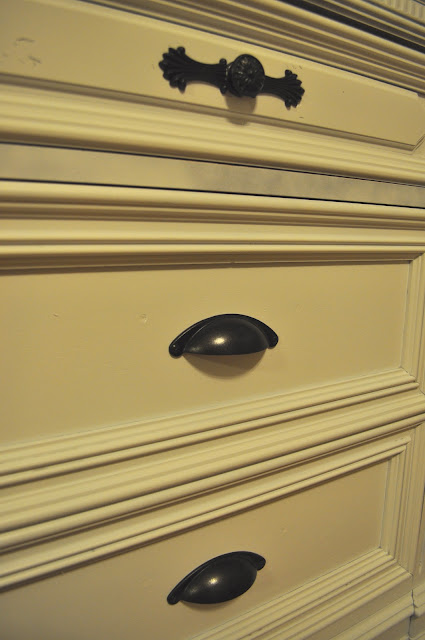 This dresser has so much storage!  Behind those two middle doors are two drawers, so my clothes actually have space. 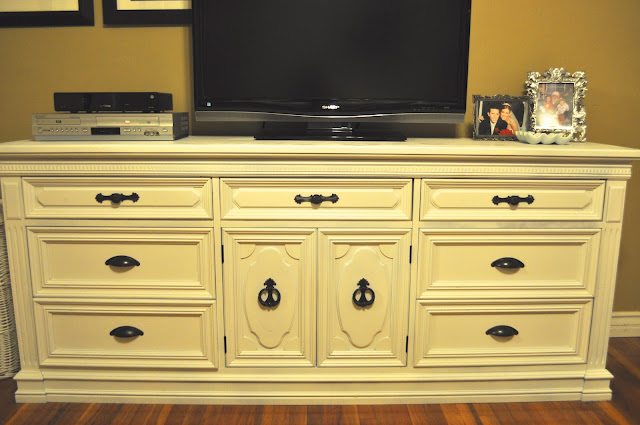 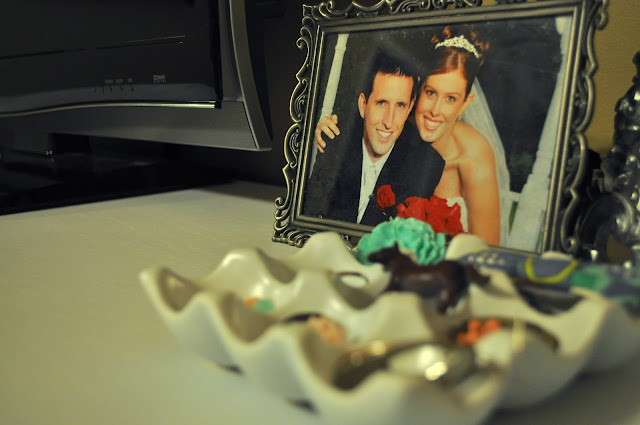 He waxed the top to seal it and I just love it. 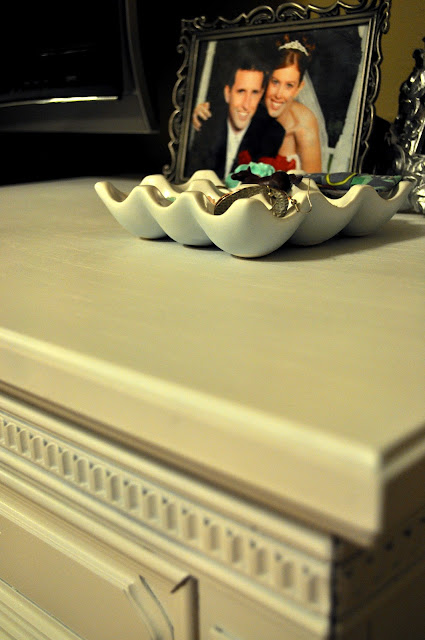 So if you can just imagine a beat up old dresser that was unwanted, that's the before.

Fresh and rebuilt and white is the after.  :)
Posted by Our Little Family at 9:51 AM No comments:

When a friend from high school (and college!) contacted me about refinishing a dresser for her baby's nursery, we jumped on the chance.  It's so fun to do pieces that you just know will be well-loved!

The dresser is super solid wood and came from her grandmother's home.

It was ready for a face lift and some new hardware. 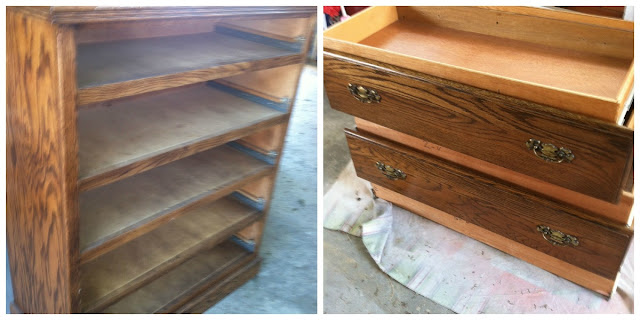 And look at him now!
Ready to grow up with a sweet little boy! 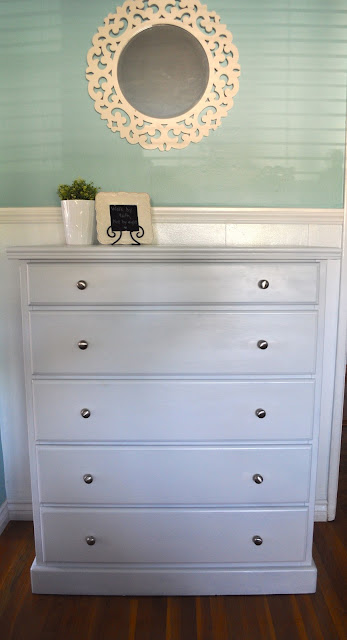 White furniture is so versatile.  Our friends picked out the hardware and I'm hoping they send pictures of it in the baby's room!
Posted by Our Little Family at 7:00 AM No comments:

{The Emma: A Vanity}

It's been quite a while since we posted because we had to put furniture on the {temporary} backburner. Work was busy, kids are busy, and the furniture slowly piled up.

But we're back now and we have a beautiful vanity to share!

This pretty piece came from the original homeowner's childhood house.  It belonged to his late mother and they just had no space for it.  We grabbed it up. 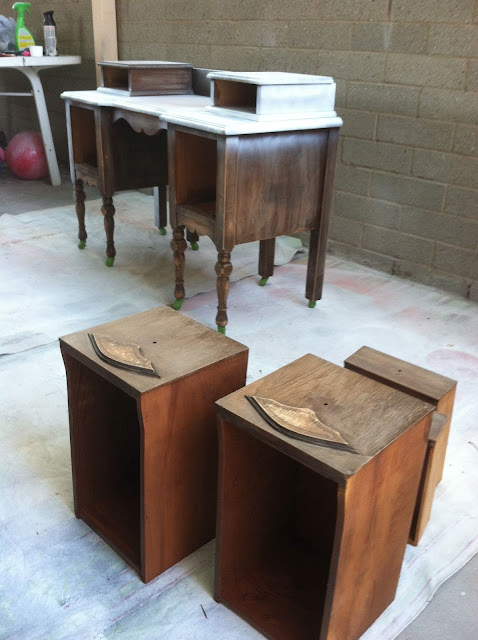 She immediately became spoken for and was to be re-done in a glossy white.
The hardware was restored and she was sealed with a wax. 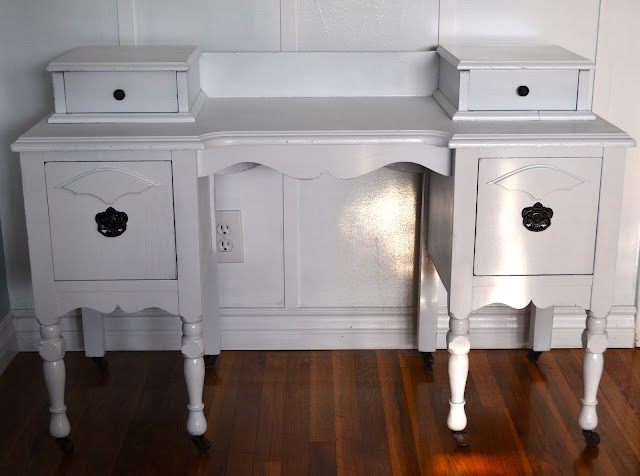 We love the little casters and tiny drawers. 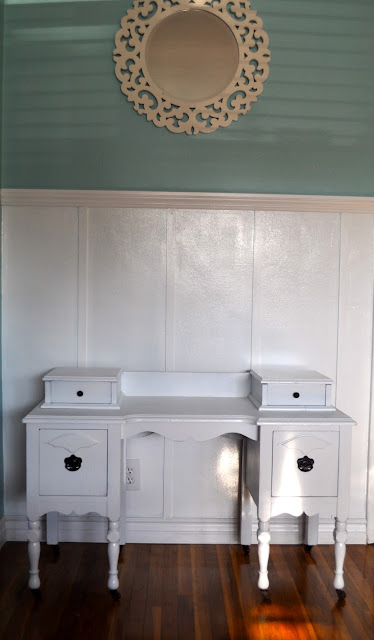 Can't wait to see what she looks like in the client's home! 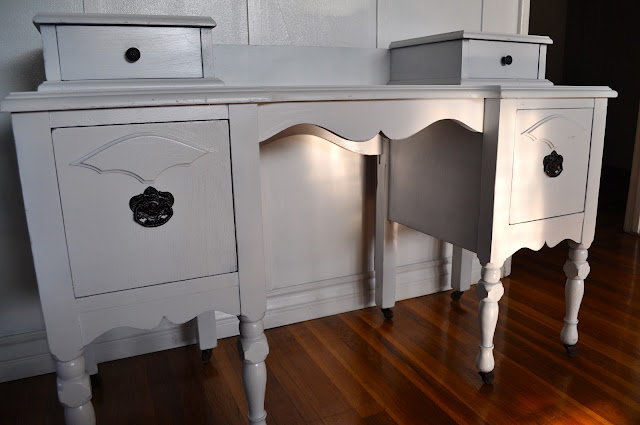 {No staging or great pictures because Mike was literally wanting to load it up and deliver it AS I was getting out my camera!}

Posted by Our Little Family at 8:11 AM No comments: 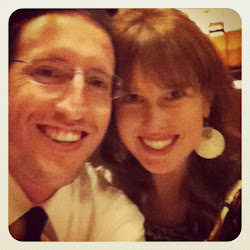 We're in a work in progress over here! We are spinning off from our family blog and digging deep into the world of furniture refinishing and restoration. Join us as we share our befores and afters!
Michael and Jill